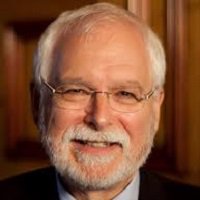 John Donoghue is the H.M. Wriston Professor of Neuroscience and Engineering at Brown University. He is known for translational research in human brain computer interfaces to restore movement for people with paralysis (known as ‘BrainGate'), as well as for fundamental research to explain how networks of cortical neurons compute actions from plans. At Brown, he was the founding Chair of the Brown Department of Neuroscience, the founding director of the Brown Institute for Brain Science (now the Carney Institute) and the Department of Veterans Affairs Center of Excellence in Neurorestoration and Neurotechnology.  Donoghue was a member of the US B.R.A.I.N. initiative's first NIH Working Group and is a fellow of the National Academy of Medicine, American Academy of Arts and Sciences, as well as several other academies. His awards include the German Zülch Prize (2007), the Roche-Nature Medicine Prize (2010), the Schrödinger Prize (Germany, 2012), and the first Israeli Brain Technology Prize in 2013. For further information click here.