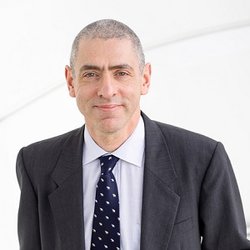 Peter Dayan is a Director at the Max Planck Institute for Biological Cybernetics. He studied mathematics at the University of Cambridge, and did a Ph.D. in Cognitive Science at the University of Edinburgh. After postdoctoral training at the Salk Institute and the University of Toronto, he was an assistant professor at MIT. He moved to London in 1998 to help found the Gatsby Unit at UCL. He moved to Germany in 2018. He builds mathematical and computational models of neural processing, with a particular emphasis on representation and learning.  Dr. Dayan received the 2012 Rumelhart Prize and the 2017 Brain Prize, and was elected Fellow of the Royal Society in 2018.