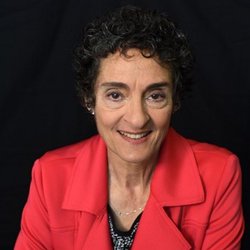 Carla J. Shatz is Sapp Family Provostial Professor of Biology and Neurobiology and David Starr Jordan Director of Bio-X, Stanford University's pioneering interdisciplinary biosciences program. She received a B.A. in Chemistry (Radcliffe 1969), an M.Phil. in Physiology (University College London 1971) as a Marshall Scholar, and a Ph.D. in Neurobiology (Harvard Medical School 1976). She joined the faculty at Stanford in 1978, then moved to University of California at Berkeley in 1992, and to Harvard Medical School in 2000 as the first woman to Chair the Department of Neurobiology. Shatz is a neuroscientist who has illuminated mechanisms of the dynamic interplay between genes and environment that sculpts brain circuits. Her many honors include election to the National Academy of Sciences and Royal Society of London. She received the Gruber Neuroscience Prize in 2015, and the Kavli Prize in Neuroscience in 2016 for discovery of mechanisms that allow experience and neural activity to remodel brain circuits. For further information click here.