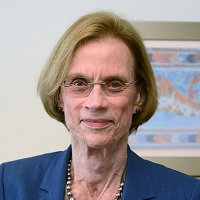 Ann Graybiel studies the neural basis of learning and action strategies relevant to decision-making, making and breaking habits, affective state, and brain disorders. Ann Graybiel is an Institute Professor and a faculty member in the Department of Brain and Cognitive Sciences at the Massachusetts Institute of Technology. She is also an investigator at the McGovern Institute for Brain Research. She is an expert on the basal ganglia and the neurophysiology of habit formation, and her work is relevant to Parkinson's disease, Huntington's disease, obsessive–compulsive disorder, substance abuse and other disorders that affect the basal ganglia. In 2001, Graybiel was awarded the President's National Medal of Science for "her pioneering contributions to the understanding of the anatomy and physiology of the brain, including the structure, chemistry, and function of the pathways subserving thought and movement." In 2012, she was awarded the Kavli Prize in Neuroscience, along with Cornelia Bargmann and Winfried Denk. She is a member of the US National Academy of Sciences, the American Academy of Arts and Sciences, the American Philosophical Society, and the National Academy of Medicine. For further information click here.