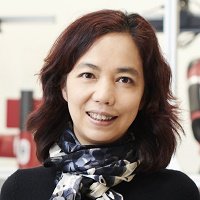 Dr. Fei-Fei Li is the inaugural Sequoia Professor in the Computer Science Department at Stanford University, and Co-Director of Stanford's Human-Centered AI Institute. She served as the Director of Stanford's AI Lab from 2013 to 2018. And during her sabbatical from Stanford from January 2017 to September 2018, she was Vice President at Google and served as Chief Scientist of AI/ML at Google Cloud. Dr. Fei-Fei Li obtained her B.A. degree in physics from Princeton in 1999 with High Honors, and her PhD degree in electrical engineering from California Institute of Technology (Caltech) in 2005. She joined Stanford in 2009 as an assistant professor. Prior to that, she was on faculty at Princeton University (2007-2009) and University of Illinois Urbana-Champaign (2005-2006). Dr. Li has published more than 250 scientific articles in top-tier journals and conferences, including Nature, PNAS, Journal of Neuroscience, CVPR, ICCV, NIPS, ECCV, ICRA, IROS, RSS, IJCV, IEEE-PAMI, New England Journal of Medicine, Nature Digital Medicine, etc. she is an elected Member of both the National Academy of Engineering and National Academy of Medicine, a Fellow of ACM, a member of the Council on Foreign Relations (CFR), a recipient of the 2019 IEEE PAMI Longuet-Higgins Prize, 2019 National Geographic Society Further Award, 2017 Athena Award for Academic Leadership, IAPR 2016 J.K. Aggarwal Prize, the 2016 IEEE PAMI Mark Everingham Award, among others. (Dr. Li publishes under the name L. Fei-Fei) For further information click here.

Talk Title: In search of the next AI North Star: A tale of two kittens